Vice President Donnie Brewer, of Double Vision Center, received a phone call May 1, 2011, stating that Ben Wallace of the Detroit Pistons would be visiting Double Vision Center located at 115 S. Superior St. in Albion.   Donnie has attended many games of the Detroit Pistons and both have pictures with Ben which is located inside Double Vision Center.  Wallace invited Donnie and Lonnie to his home several times, which they both have taken advantage of and decided to invite him to their home which they call, Double Vision Center. Both has kept in contact with Ben asking him for a couple of years now to come and visit children and their families at Double Vision Center.  Even though it was a short notice on a Sunday evening, Donnie was able to contact his twin brother, President Lonnie Brewer, about the news.  The word spread quickly and in minutes, family, friends, and children appeared out of nowhere.  As Ben entered into Double Vision Center, children as well as adults were introduced to Ben and he shook everyone’s hand. Children were whispering, “Dang! That mug is tall!”  Donnie and Lonnie just sat back and enjoyed the atmosphere the children were in laughing occasionally. Everyone was amazed at the white Camero that he was driving and took many pictures on their camera phones.  Ben signed autographs for anyone that wanted, which all the kids took advantage of. He also took pictures with them as well as adults.   Donnie challenged Ben in a game of pool, which is one of the activities that Double Vision has to offer, but, Ben declined and said he had to head back to Detroit. As the children watched Ben resume down Superior St., they never took their eye off his car until it disappeared.  Donnie and Lonnie hope in the future that Ben would come down and do more activities with our youth, hopefully, a basketball clinic for one day. They would like sponsor’s to step up and make this happen for the City of Albion. Double Vision Center, the kids, family, friends and the community, would like to thank Ben Wallace for making a dream come true in meeting him.  This is something that the children will never for get. 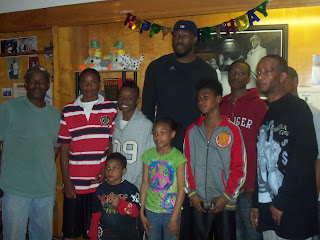 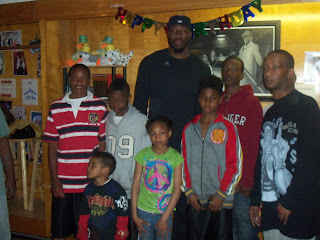 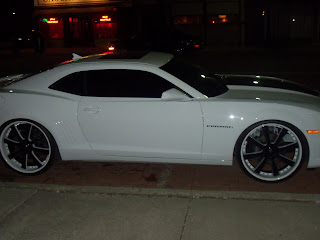 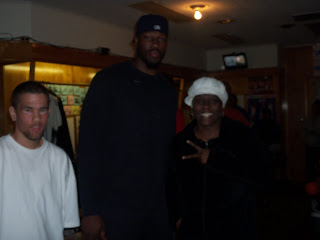 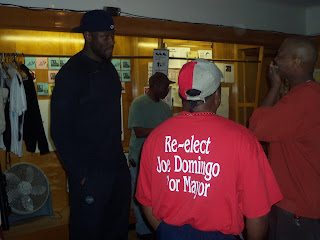 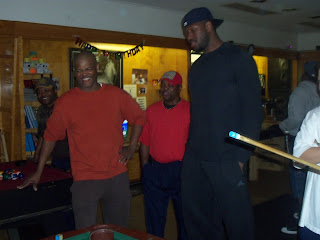 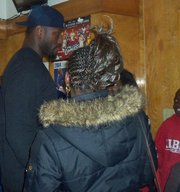 Posted by Double Vision Center at 9:44 AM